The Real-Time Earth initiative is grounded in the idea that observations drive scientific discovery, and that the Earth sciences are on the threshold of a real-time scientific revolution supported by the proliferation of networked sensors, instruments, devices, and platforms. These sensor systems will enable innovative scientific investigations spanning a large range of spatial and temporal scales and give scientists unprecedented insights into the dynamic and interconnected processes on this planet. Lamont scientists have been leading the nascent real-time science revolution. Here are a just a few examples of their groundbreaking research in this field: 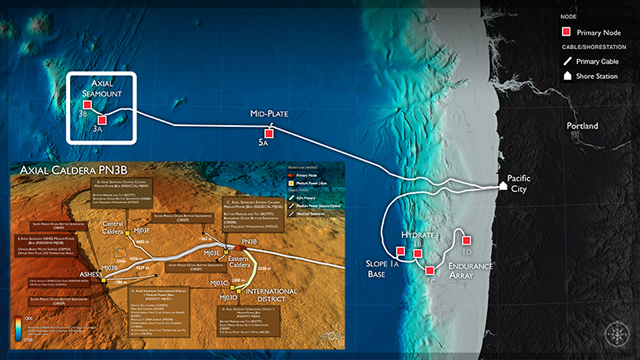 The Cabled Array, a component of NSF’s Ocean Observatories Initiative, became fully operational in 2014. It is the most advanced submarine volcanic observatory in the world, connecting scores of seafloor instruments and water column profilers directly to shore and to the Internet over a ~500 km high power (8 kW) and high bandwidth (10 Gbs) fiber-optic cable. Two-way communication between cabled instruments allows highly interactive scientific investigations of oceanographic and geophysical processes, and can allow rapid responses to geological events such as volcanic eruptions and earthquakes.

With the Cabled Array, scientists now have a real-time, tectonic plate-scale presence in the coastal and deep waters of the NE Pacific Ocean, and can conduct myriad adaptive investigations into multi-scale Earth processes. A number of Lamont scientists have been involved in the development of the Cabled Array, and are now working on the data as it comes in. Lamont scientists are also working to develop new sensor systems that will connect to the Cabled Array to allow next-generation studies using this valuable Earth science platform. 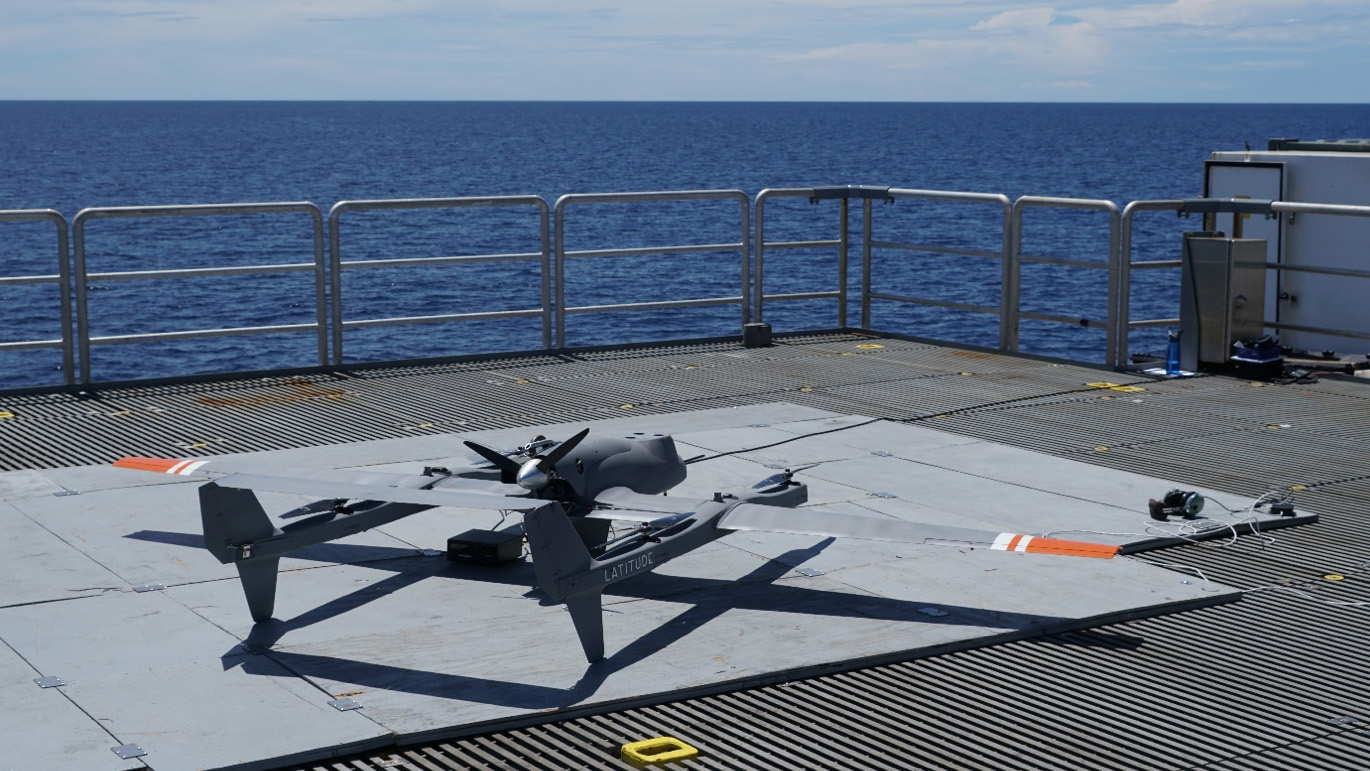 The Lamont Air-Sea Interaction (ASI) Laboratory develops scientific instrument payloads for medium-sized fixed-wing unmanned aerial vehicles (UAVs) in an effort to improve air-sea interaction models and to advance our understanding of critical ocean science questions. UAVs can supplement the sensing capabilities of platforms such as satellites, aircraft, research vessels, moorings, and gliders, and are ideal for providing “over the horizon” information for ship-based field studies. Like satellites and aircraft, UAVs can provide a synoptic view of a relatively large area, however AUVs can usually fly under cloud decks to observe the ocean surface in regions that are perennially cloud covered such as the Arctic, and they can be tightly integrated into a ship-based field program in ways that an aircraft mission staged from a distant airfield cannot. 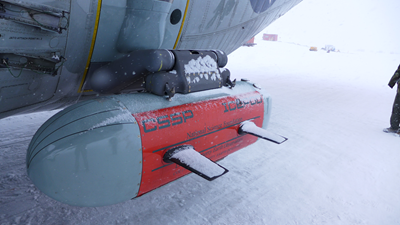 The Lamont Polar Geophysics group studies amongst other things ice sheet margins. To help them do this they develop sensors and suites of sensors to probe the ice and its surroundings. One of these developments is IcePod, a modular data collection and acquisition system designed to carry multiple airborne sensors on a C-130 Hercules aircraft and be operated by a single moderately technical person. The IcePod system consists of high resolution visible wave and infra-red cameras and a scanning laser used to map incremental changes to the state and elevation of the ice surface, two radars, one to measure ice depth and observe processes internally and at the base of the ice and the other to look at near surface processes such as snow accumulation rates. Lastly, a magnetometer and gravimeter are used to infer the local techtonic setting and to map bathymetry beneath the ocean and floating ice. The system typically generates upward of 100TB of data per season which is then processed and analysed at Lamont. Finally, data products are made available to the science community in general and are currently served from Servers on site at Lamont. 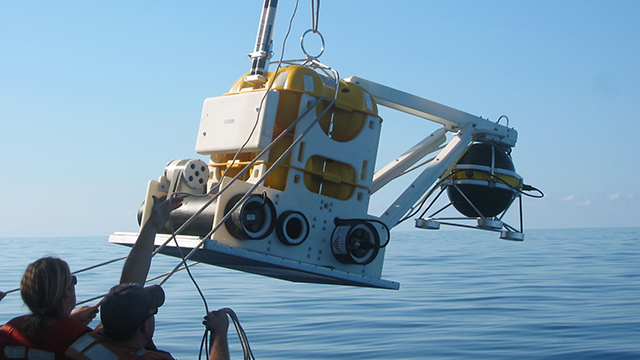 The Lamont Ocean Bottom Seismology Lab designs, builds, and deploys ocean-bottom seismometers and seafloor pressure recorders to measure earthquake and other seismic activity, to image the Earth’s crust and mantle, and to track long-term deformation of the seafloor. These observations, made from a fleet of sixty Lamont instruments, are used to understand the dynamics and structure of the tectonic plates and their margins, particularly at subduction zones and mid-ocean ridges.

Lamont’s OBS lab specializes in the continental shelf above subduction zones, where the world’s deadliest earthquakes and tsunamis originate. In these shallow waters, bottom-trawl fishing, strong near-seafloor currents, and large waves can damage instruments or degrade the observations. The lab’s scientists and engineers tackle these challenges with innovative instrument design, including collocated seismic and pressure sensors and unique shielded installations that protect the sensors from trawl nets and seafloor currents.

The Real-Time Earth initiative will help Lamont scientists realize their ideas for making novel measurements and developing connected sensor systems by establishing the Technology Innovation Center. This center will serve as a technology incubator providing Lamont scientists with the tools they need to continue leading the real-time science revolution. The Tech Center will provide the resources, both in terms of engineering personnel and next-generation fabrication equipment, to help them design new observation-based Earth science experiments. The Tech Center will have a funding and staffing model that will ensure the independence of the group and will allow all scientists across the observatory the ability to plug in to the incubator, create new observing systems, and advance Earth science knowledge.